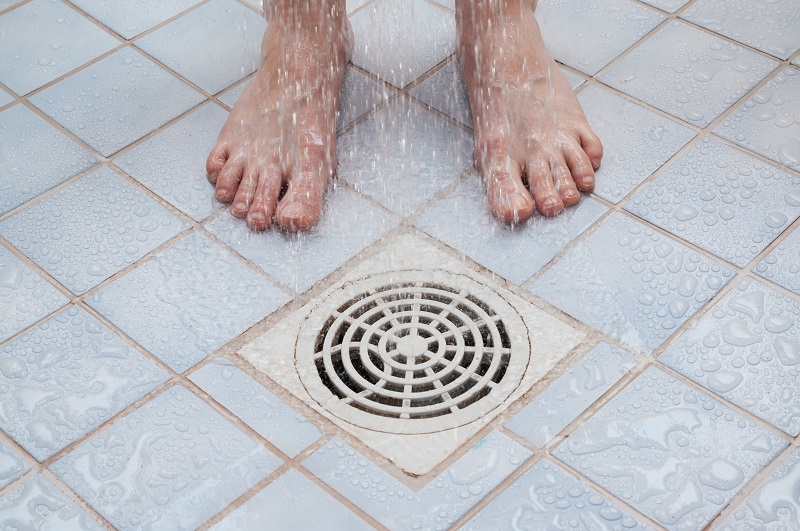 When you discover water leaking through the ceiling under your bathroom, you might be facing major water damage and even mold growth.

In some cases, this means your shower is causing a leak through the ceiling downstairs.

Be sure to take a leaking shower seriously, especially if it’s on the 2nd flood as this can cause water damage in the ceiling, hidden mold, and even a collapsed ceiling!

How a Shower Causes a Leak Through Ceilings

The shower pan built underneath the shower tile floor should have many layers of water proofing and a rubber seal.

If the shower pan was never put in, or the water proofing was not done by a professional, this may be the reason the shower is leaking.

Shower drain is not glued into the existing PVC stack

If a new shower drain was put in, it’s possible it was not glued properly to the existing stack of PVC piping.

It’s possible that shower water is leaking through gaps in the tub.

The spout or faucet, including knobs, are not caulked or sealed properly

Sometimes there are gaps where faucets, spigots, or knobs should be sealed tightly.

These must be resealed or re-caulked. 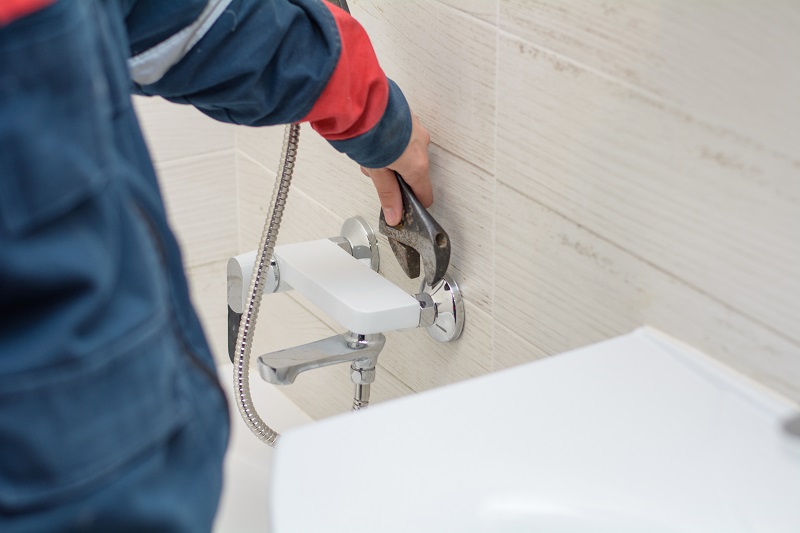 Narrow Down the Source of the Shower Ceiling Leak

The first thing you could do if your shower is causing a leak through the ceiling is rule out the issue of water-proofing.

Using a hose or other source of water, send water directly onto the shower drain. If this still causes leaking in the ceiling, you now know the issue isn’t water proofing of the shower pan, but rather a plumbing problem.

If you only experience leaking when the shower is on and water is all over the tub, then water-proofing or caulking issues may be the source of the problem.

Keep in mind that in either case, you will likely have to open the ceiling up from the downstairs to get a closer look.

However, a leaky pipe is a much easier fix than the alternatives.

Tile grout in your bathroom or shower is not meant to be the main source of protection from water leaks.

You will find that redoing the grout of your tile floor will only provide a temporary fix if the real issue is an improperly installed or missing shower pan.

This is because a proper tile and shower pan installation should involve many layers of water proofing.

If your shower is leaking through the ceiling and you have ruled out pipe leaks or unsealed faucets and knobs, there is likely a major flaw in the installation or a component is missing from the equation entirely.

Unfortunately, this almost always means the shower pan will need to be torn out and replaced.

Things You Can Try to Pinpoint the Shower Leak

Cutting drywall isn’t terribly difficult and can be easily patched.

If you are feeling up to it, you can cut a small section of drywall in the ceiling where you the water damage seems to be forming.

From there, you can run the shower or pour water directly into the shower drain, and then observe where the leak is coming from.

Who to Contact When a Shower Leaks Through the Ceiling

A plumber will make the most sense for things like leaking pipe repair or shower pan installations and tear outs.

You may also want to contact past contractors or your realtor to see if you can pin down who did the last shower pan installation.

However, if the leak has been occurring for a while, major water damage may be an issue. In this case, it’s best to contact a water restoration professional before the issues become extensive.

ServiceMaster by Restoration Contractors provides water damage restoration in Fort Wayne, IN and the surrounding areas such as New Haven, IN Auburn, IN, and Warsaw, IN.

We are an IICRC-certified water damage restoration firm and also specialize in mold remediation which is often necessary in cases of major ceiling water leaks.

Contact Us at (260) 420-1502 for water damage restoration if you have suffered a major leak or ceiling collapse due to a leaking shower.